Slate is a very modern and popular choice for worktops. As well as being traditionally used for roof tiles, slate is being used more and more inside the home. Slate worktops are on-trend.

Slate is a fine-grained metamorphic rock that forms when shale undergoes metamorphosis over millions of years to form layers. In its polished or honed state, slate is an ideal material for worktops and fire hearths due to its durability and low liquid absorption levels. Slate colours vary depending on the minerals contained in the shale from which it formed. Common colours are black, green, grey and even red and purple.

Why choose a slate worktop?

Slate has been quarried for hundreds and hundreds of years, but it has reached new heights of popularity in the home in recent years. Here are some good reasons for choosing slate for your new kitchen worktops:

Are there different grades of slate?

Slate can be found in many places all around the world. The main places renowned for slate are Spain, Brazil and the eastern coastal states of America. China and Australia also have vast slate reserves. Europe also has many smaller slate-producing regions such as Wales, parts of France and northern Italy and Portugal. Slate is not a product made by man, so you can expect some differences in the type and quality of slate, depending on its origin.

What are the popular colours?

Slate colours vary depending on the minerals contained in the shale from which it formed. Common colours are black, green, grey and even red and purple. With a unique matt finish, grey is bang on trend.

Slate is an attractive choice for a worktop. It’s a trending material, versatile and it doesn’t harbour bacteria. Cleaning slate work surfaces is easy. It just requires a mild detergent and a light sponge. Avoid using anything acidic such as lemon or vinegar, and some household cleaners containing acidic substances as these can discolour slate surfaces.

Even though slate is a non-porous stone, it still benefits from periodic sealing. If water droplets stop appearing as beads, then it’s a sign that your slate worktop needs resealing.

Slate is prone to breaking, because it is a brittle stone; cracks caused by dropping heavy pots or pans onto its surface are almost impossible to repair.

For general day-to-day dusting use a non-abrasive cloth to wipe down. Abrasive or steel wool cleaners may scratch the countertop.

Get in touch with your question

Our team are here and happy to answer any questions you may have about stone worktops. 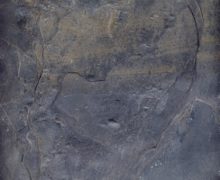 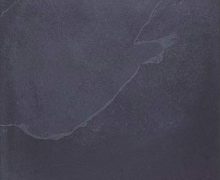